Moseley is in the middle, during a trip to Montana. (Via RedskinsFacts.com)

Upon joining the steering committee of RedskinsFacts.com, former Washington kicker Mark Moseley quickly became one of the most passionate voices in favor of keeping the Redskins name. And he has mentioned his childhood several times in this defense.

He took that approach with me, explaining how he had been raised around the Alabama-Coushatta Tribe in Texas.

“I grew up with them,” Moseley said. “I know they don’t take this as a racist world. It [ticked] me off when [people] started saying this was a racist word.”

Later, I asked what he found during his recent trip to a reservation in Montana.

“What I expected,” he said. “Like I told you, I grew up with Indians down in Texas.”

Moseley mentioned the Alabama-Coushatta Tribe again when he appeared with Alex Parker on NewsChannel 8’s “SportsTalk After the Game.”

“I personally grew up with the Alabama-Coushatta Indians down in Texas,” Moseley said. “They were 10 minutes outside of town. So I’ve been around Indians all my life, and when I came to the Washington Redskins it was elation in the reservation. They loved the fact that I was playing for the Indians. They considered it an honor.”

Well, as most things do, this story gets more complicated. Because the leadership of the Alabama-Coushatta Tribe has a slightly different view.

“The Tribe and Tribal Members took great honor in the fact that Mr. [Moseley] played in the NFL, and he played in a time when the mascot debate was not an issue,” Tribal Council Chairman Ronnie Thomas said in a statement on Thursday. “Times have changed and the Tribe has not advocated for or against the use of the Washington mascot. The Tribe has more pressing demands such as providing our Tribal people adequate health care, higher educational opportunities, struggling with unemployment and preserving our culture. While Mr. Moseley once associated with the Tribe, it is incorrect to say that the Tribe supports his efforts to maintain the mascot name.”

The Tribe’s press release further says that the National Congress of American Indians and the United South and Eastern Tribes have both “been adamantly opposed to the Washington mascot name.” The release says that the Alabama-Coushatta “is a member tribe of both organizations and the Tribal Council supports the position that NCAI and USET has taken.”

Carlos Bullock, the tribal spokesman, wrote in an email that Moseley “did grow up in Livingston, which is where our Tribe has been settled since the late 1700s,” and that he went to school with some Tribal Members.

“But to say that the Tribe supports the Redskins name is false in this day and time,” Bullock wrote. “When Mr. Moseley played for the Redskins, the Tribe did take pride in the fact that a local guy made it to the pros, and at that time the mascot debate was not even considered an issue.”

Bullock wrote that the tribe as a whole has not taken a stand on the name issue, “due to the level of real life situations we face such as health care, unemployment, education for our young people, etc.”

But he added that the notion that the Tribe has no issues with the Redskins name “is simply untrue.”

The Fire Within USET 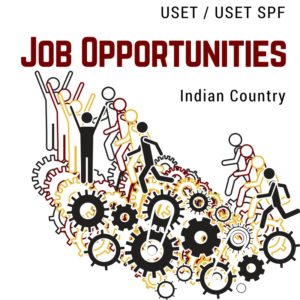